Onevideo will be placed on the website; used on the Youtube Channel; used in all ads and used at the MULE auction while you are in the ring, approximately 2-3 minutes time.  We suggest to give your potential buyer the option to see all your animals qualities in various 10-15 second increments in the front of the video and if you especially feel there should be some qualities that need a longer showing...add them after the initial short increments at the front.  If a potential buyer sees something they really like in your short sections, they will probably continue  watching the full video.

Shoot Steady Video
There is no such thing as a cool shaky-camera look.  A tripod is an easy answer to producing steady video. You can shoot steady video without a lot of gear.  Use your body as a tripod, get it in position so that every breath you take doesn't lead to unwanted camera motion. Use the ground, a wall or other object to brace the camera and get interesting visual perspectives. By ditching the tripod, you can move around a scene without being anchored in one spot.  If you move too much and your video is shaky, USE THE TRIPOD.

Lighting
The easiest way to overcome lighting issues is to shoot outdoors, where even a cloudy day produces enough ambient light to keep your video crisp and colorful. If it's sunny, try to shoot in the morning or late afternoon when the sun is lower in the sky. When it's directly overhead, it casts unflattering shadows on subjects' bodies and won't show off the animals best qualities.
Have you ever noticed how the valley and peaks look so vibrant in early morning or late evenings...the object you are videoing will also show these same contracts in your video and improve your video by 100-200%.

Frame your shots well. Fill the frame with your subject, and don't be afraid to place him or her slightly off-center. For example, when filming kids at the pool, it tends to be more visually interesting to capture the children talking, laughing, or diving a bit to the left or right of center.

Avoid Unnecessary Zooms and Pans
Don't make viewers seasick from unnecessary zooming in and out or moving across to rapidly.  But do keep your subject close enough that when viewed, the potential buyers can actually see the animal closer as it moves.  Putting the animal too far in the distance my discourage buyers so they won't waste their time watching the video.  If an animal is loping, you can lead it by a few extra feet so that it helps the viewer see the bigger picture and not keeping it too close.
Make sure there's a reason you are zooming or panning. At a sports event, professional videographers follow the action by following the ball. That's the motivation behind tilting the camera up when a baseball player hits a fly ball or panning during a double play.

Get Good Results When Shooting Outdoors
You'd think outdoor videography would be simple because the sun provides the lighting. But to get the best outdoor shooting results, you have to watch the position of the sun closely.   Always have the sun behind the videographer...and hitting straight onto the subject.

Shoot with the sun at your back.   Sun shining on the subject!
If you're recording people, they may complain about looking directly into the sunlight, but tell them that the shots you'll get will be much better than if you were shooting into the sun. That would put their faces in silhouette.

Welcome from The Clark Family & Friends! 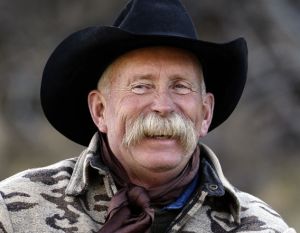